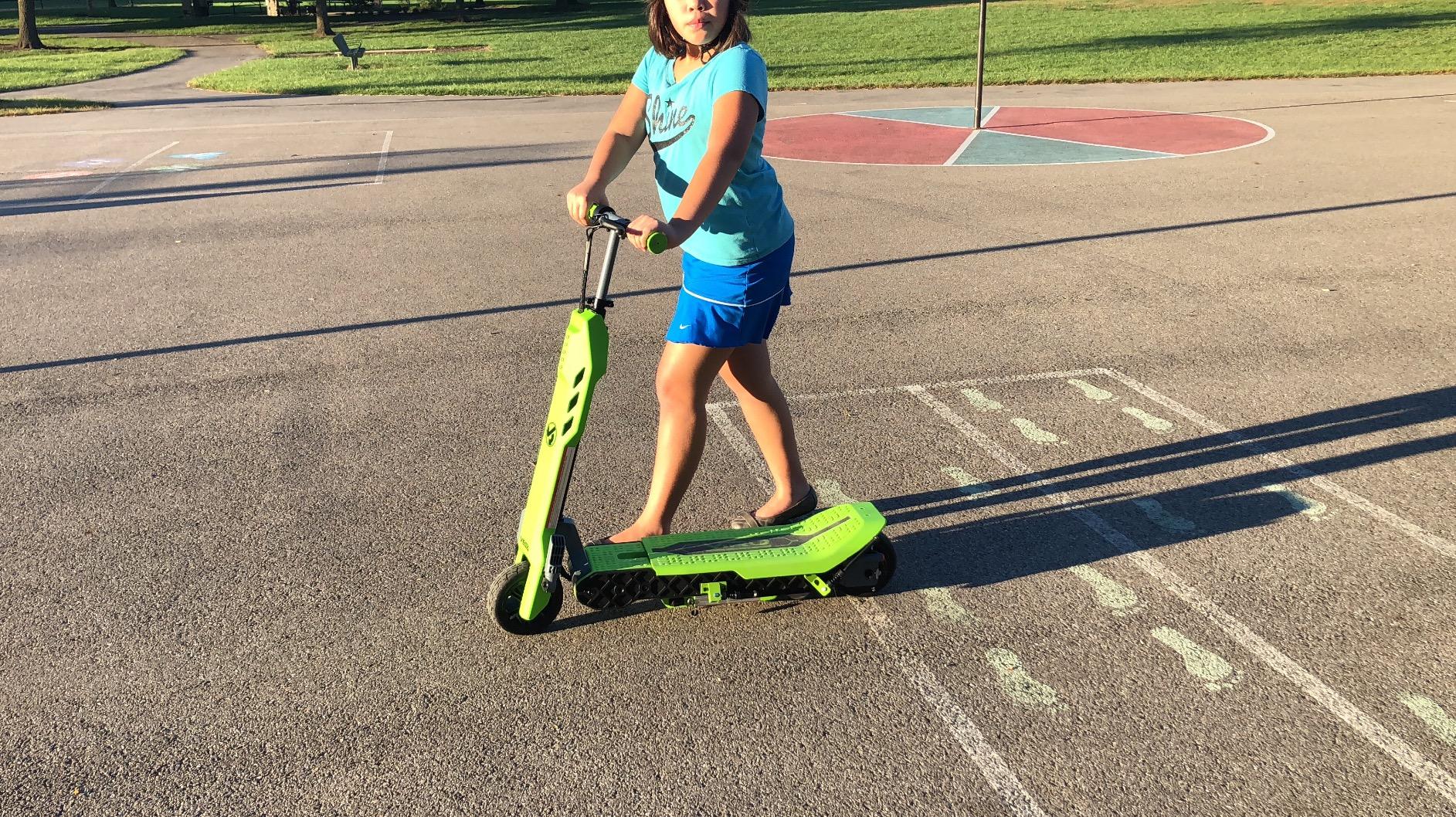 Is this helpful?
Tom Steele
LET ME START WITH THIS: If you want to tighten your handlebars well, ditch the included thin, stamped-metal "wrench" and use a DEEP-WELL 10mm Socket. Or even if you just want to use a good quality wrench, it is 10mm. You are welcome! Now on to the review...We already have a couple of razor electric scooters, so we are familiar with the battery charging routine and have all the cables and chargers. For the most part, our scooters have lived very well and we haven't had any problems with them.So when I saw this novel idea, I was intrigued. I love the idea of my kids learning to ride a "min-bike" of sorts, and this seemed like a neat combo package - electric scooter/electric mini-bike.When it arrived, the packaging was a little intimidating, there were no instructions for assembly really, other than telling you to attach the handlebars and how to switch from scooter, to folded, to min-bike config.No literature on the two large zip ties, one of which is somewhat well-hidden down by the front tire, and a little more difficult to remove than the other. But hey, I figured it out, you probably will too. I'm an instruction reader though, so it bugged me not to have instructions on that part.Also, I'll add this to the top to help out, but the bolts that attach the steering wheel are 10mm and the included, stamped-metal "wrench" is pretty flimsy and difficult to use. I had better luck with a deep-well 10mm socket or a 10mm quality wrench. Just don't over tighten.Now to my complaint. This is advertised as a quick change scooter/mini-bike. The implication is that it can be switched from bike to scooter in a matter of seconds and that an 8 year-old kid could easily do it. I don't believe that is true of most 8 year-olds. In fact, I don't think that most adults would be thrilled about the steps to change it over. The basics aren't too complicated, but it takes some pretty good muscle to manhandle it around to get it from one config to the other and there are a fair number of details in addition to the big steps. I think this is an example of marketing taking liberties with the truth.The truth is, a parent could probably switch back and forth between scooter and mini-bike but the average kid is going to leave it whereever it is when they find it. If it is set up as a mini-bike, I don't see a lot of kids switching it casually over to scooter and back. Maybe I am too demanding, but I feel like it is harder than they make it look in the advertising.Still, all said and done, this is a really neat product. The mini-bike is very neat, and the scooter is a perfectly good scooter too. They both work great. I don't think that I will use the folding feature because it is a lot of work, but it is a nice touch for folks who HAVE to save the space.I'd lean towards 4 1/2 stars really. Just remember that you probably will end up leaving it in one config or the other most of the time.
Is this helpful?