Thanks for your review! it will be published soon. Thank you! your review was submitted
duckbauerin
I used this to make a pie crust. I have been making pies for 40+ years and wish I had known about the French rolling pin earlier because it is way more effective than the kind with handles. The crust is the hardest part about making pies, especially as I get older and have less strength in my hands and arms, and I was often discouraged from making pies, but no longer! This rolling pin is pretty and looks strong, also easy to clean. The size is just right. I will try it for pizza or cookie dough next, can't wait.
Is this helpful?
ibought
This is a great rolling pin, just what I was looking for. And, a great company to work with, arrived super fast, and I received an e-mail from them making sure I was satisfied, and a little baking book online. Thank you so much
Is this helpful?
Crystal, AZ
Beautiful tapered rolling pin that's easy to use, clean and store. I had been using rolling pins with handles but found those broke too easily and were difficult to wash. This all wood pin has actually been easier to use due to the tapered design. I had thought the tapers would be difficult or result in uneven surfaces when trying to roll out larger sizes (for pies) but it's proven versatile for both cookies and 10" pie crusts.I was also worried about cleaning since I had never owned a fully wooden rolling pin and I knew I wouldn't be able to stick it in the dish washer, but cleaning is easy: paper towel to remove residues, slightly damp cloth to clean, dry well and store (wooden block oil varnish every 4-6 months).
Is this helpful?
Wendy Darling
I could never roll out dough into a circle or anything that was remotely related to a circle. I trashed my old rolling pin and replaced it with this one. Voila, a close to perfectly rolled out pie crust! The rolling pin is light weight, comfortable to use. It’s simple and perfect. I love it. I’ve made more dough recipes since receiving this and I actually look forward to using it. 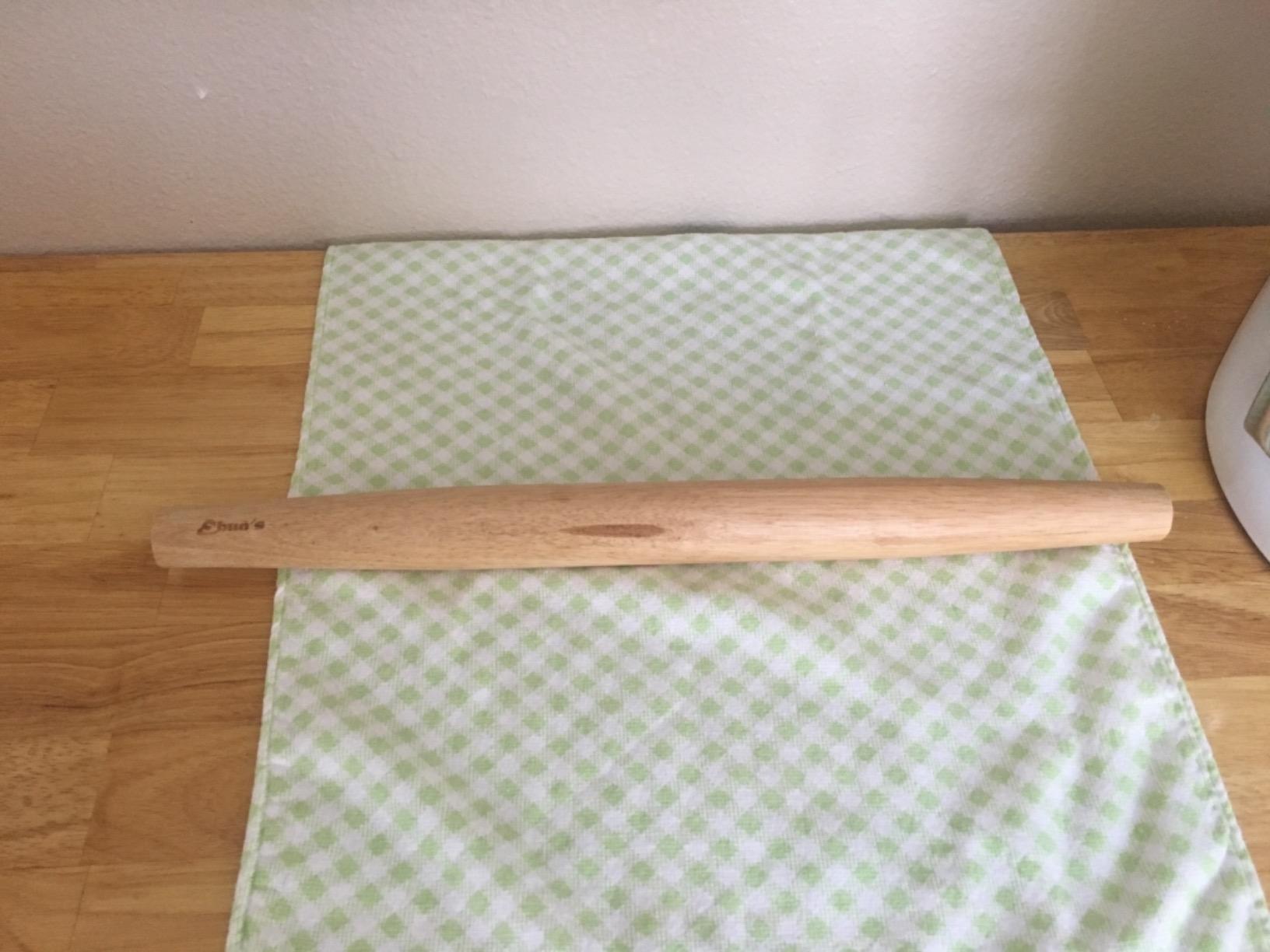 Is this helpful?
Cameron P
I'm getting to the age where I shouldn't be using old wine bottles as rolling pins anymore. It was great when I was broke and eating cereal out of old cottage cheese containers, but I finally decided to suck it up and buy a real rolling pin. Don't get me wrong, I love re-usability and those old cottage cheese containers are now used for other things, but I eat my cereal out of a bowl and roll out dough with a rolling pin. I hate conventional rolling pins because there is typically a little metal bar inside that gets all gross and rusty from water getting in it. I liked the look of the French rolling pin, so I tried it out. It took a little getting used to, but I love it! I would say it would make a great gift for any bakers in your life - especially if they are college aged students using old wine bottles! Its really easy to clean and store.
Is this helpful?
Willowsap
I am quite surprised about how much I like this rolling pin! It is high quality, durable, looks beautiful too! I have previously used a wooden pin with handles as well as marble/stone rolling pin and I have to say the ease of use with this one beats the others I have used. My hands would always hurt, specifically my thumb joint when I used a pin with handles, so I thought why not try this French style pin and what do you know - it is perfect for me! When I am rolling out pizza crust or pie dough my hands don't hurt, I feel like I have better control over the pin, plus without the handles it feels like a nice hand massage! On top of the functionality of this pin, the seller was great as well - checked in to make sure I wasn't having issues or questions, plus I got a ecookbook of a couple recipes; was very sweet!
Is this helpful?
Denise Carlton
This is a nice shape and size for rolling dough. My son has an obsession with the Great British Baking Show and bakes one of the technical challenges every week. The small plastic rolling pin I had was NOT designed to handle the bakes he was doing. This has worked well for many items. We just need to be sure to care for it properly, as it's wood and cannot be cleaned with water. So we just keep the little collar with instructions on it.
Is this helpful?
Robin in FL
This is exactly what I was looking for. I like the solid style of rolling pin best, mine went missing when we moved. This is smooth, easy to clean and easy to use, yes it's just a stick of wood but does the job and I love it. Also handy if you are accumulating a set of weapons in the kitchen, with a skillet and a carving knife you are all set.
Is this helpful?
Jeanne Devine
I have been making pies for >20 years for my family and I cannot adequately describe the absolute joy I had when I took this pin for a test run. Crust rolled out perfect, round, and thin without sticking even once to the pin. Where have you been all my life, amazing french rolling pin?
Is this helpful?
Chip Fehd
Loved this the first time I used it! I love baking and making tortillas, but sometimes chose not to because I didn't like my old traditional rolling pin. I was watching The Great British Baking Show Masterclass and heard Paul Hollywood mention something about a rolling pin like this. Decided to try it out and tossed my old pin in the burn pile after the first use. I've used it on fondant, bread, and pie crust, but it's a dream for making tortillas. Some have said it took a few uses to get it down, but I had no issues at all.NO MORE STICKER. I almost didn't buy this because of the sticker complaints and I was expecting a sticker with glue that was hard to peel off, but it was just a ring of paper that slipped right off. THANK YOU!!Love this pin and can't recommend it highly enough.
Is this helpful?
justjen
This French rolling pin is exactly what I was looking for. Just used it for the first time, and it was so much easier to use than my previous pin, which was the typical handled style with a "non-stick" coating that was anything but. Best experience I've had working with pie crust. So glad I finally made the switch.PS- Some other reviews identified problems, such as notches in the wood, or the wood having no finish. Mine is fine in both respects.
Is this helpful?
codsnest
This rolling pin is the best I've worked with. It is easy to use and more light weight than one I previously owned. I just returned from a cooking class in Ireland and have used the Ebuns French Rolling Pin on two different types of pastry and the results were great. Do not hesitate to buy this product.
Is this helpful?