Thanks for your review! it will be published soon. Thank you! your review was submitted
kateblake
Cooks egg sandwiches perfectly and easily! After reading reviews of some people that gave it a low rating of think it is user error more than the sandwich maker itself. Here are some tips: The handles clearly say 'hot'... So use an oven mit to open the handle once it is done cooking.... Egg not cooking the whole way through? Break the yolk and don't overload it with toppings! That's your issue. Wait for it to completely cool before cleaning... The egg residue should peel right off. And for the people that whined about the order of the egg, meat, and cheese not being like a McDonald's Egg McMuffin...flip your bread order. It's that simple. See attached photo... Geez. Reviewers these days can be so dumb! Use your brain :) 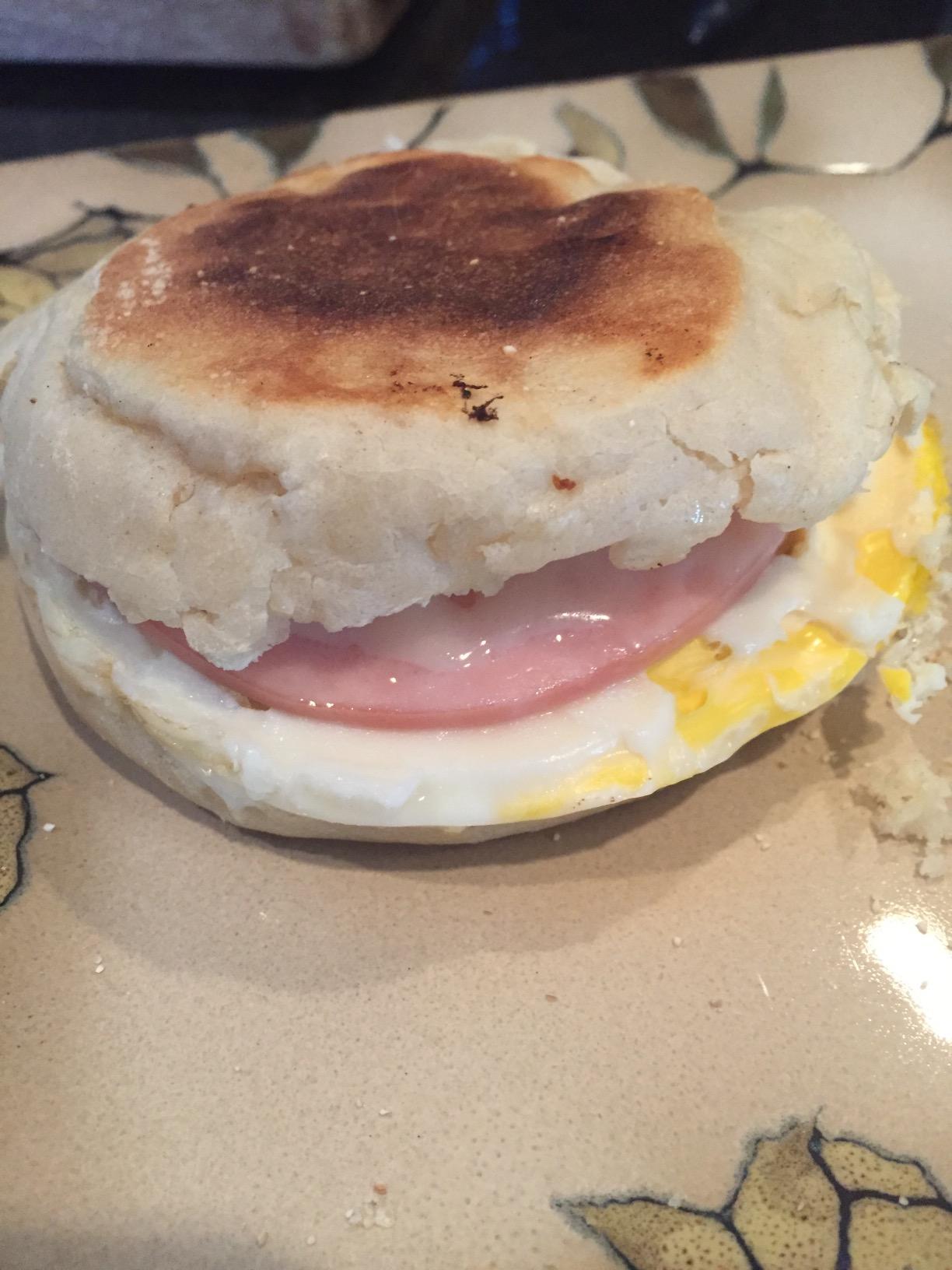 Is this helpful?
Ren M.
We spent one morning experimenting. Here's what we found. The best bread to use is the English muffins. Crossiants will burn if cooked too long or if machine was already used and is still very hot. Solution; allowed about 5 minutes of cooling time before making another batch. Also, one batch we used scrambled eggs. Allowed the eggs to cook for 2 minutes before adding top crossiants. Next batch for poached egg, allowed egg to cook for 3 minutes before adding tops. Crossiants cooking time for crisp light non burnt was 4 minutes. Used pre-sliced sourdough bread sliced in half. Did same as above; allowed eggs to cook first then added tops. Perfectly toasted hot sandwiches. Meats used were frozen sausages and ham. We put the sausages in the microwave for 30 seconds to thaw. They were links so used 2 and cut them in half to make 4 halves; fit perfectly. Used fresh sliced deli ham folded in half. Cheeses used; sliced Kraft American singles and Tillamook sliced Swiss. The corners of the cheese stick out a tiny bit and ooze over the edge, but stay on the machine, nothing leaks on to counters. We mixed and matched all breads, meats, & cheeses. Only a couple of fails with cooking times, but most worked great and fun for the kids to help out with the experiment. The easiest bread is the English muffins. No need to allow egg to cook before adding the tops; just throw it all in. Best tasting was the crossiants with scrambled egg, ham, and Swiss. Yum! And the sourdough slices toast real nice. Also did a sourdough sliced, thin slice of mozzarella, thin slice of tomato, sprinkled some basil--no egg (just left the egg dividers open). Was a nice little snack. Would probably be better with bacon and avocado. :). Clean up is a breeze. The cups lift right out; put them in a bowl of hot soapy water for literally a minute, rinsed and dried. Used a warm wash cloth to wipe away crumbs and melted on cheese from the machine, came right off, no scrubbing.
Is this helpful?
Mom-of-five-kids
Since receiving this, I have made a breakfast sandwich every day (for a couple of months now) and I LOVE it! My kids have opted a healthy breakfast sandwich over their usual choice of sugary cereals too much of the time so that’s a huge plus. SO much better tasting than the (albeit convenient) pre-made frozen ones you pop in the microwave. You control the ingredients (ex. whole grain English muffin, turkey sausage or ham, egg whites, or a low fat cheese...etc. versus the the less healthy alternatives). It takes literally 5 minutes to produce the breakfast sandwich of your choice from start to finish and the clean up is a breeze, usually an easy wipe down is all that’s needed. No lie, super easy.So, yesterday...after contemplating what to do with a good amount of mashed potatoes I had left over, I decided to see how well some savory potato cakes would hold up in this breakfast sandwich maker. I can say that they turned out beautifully and so much better uniformed than those made on the stove. Whether you’re making the purposeful breakfast sandwich, or the occasional experimental pancake of sorts, this appliance is a handy tool in the kitchen. I’ve been very pleased with its daily performance. 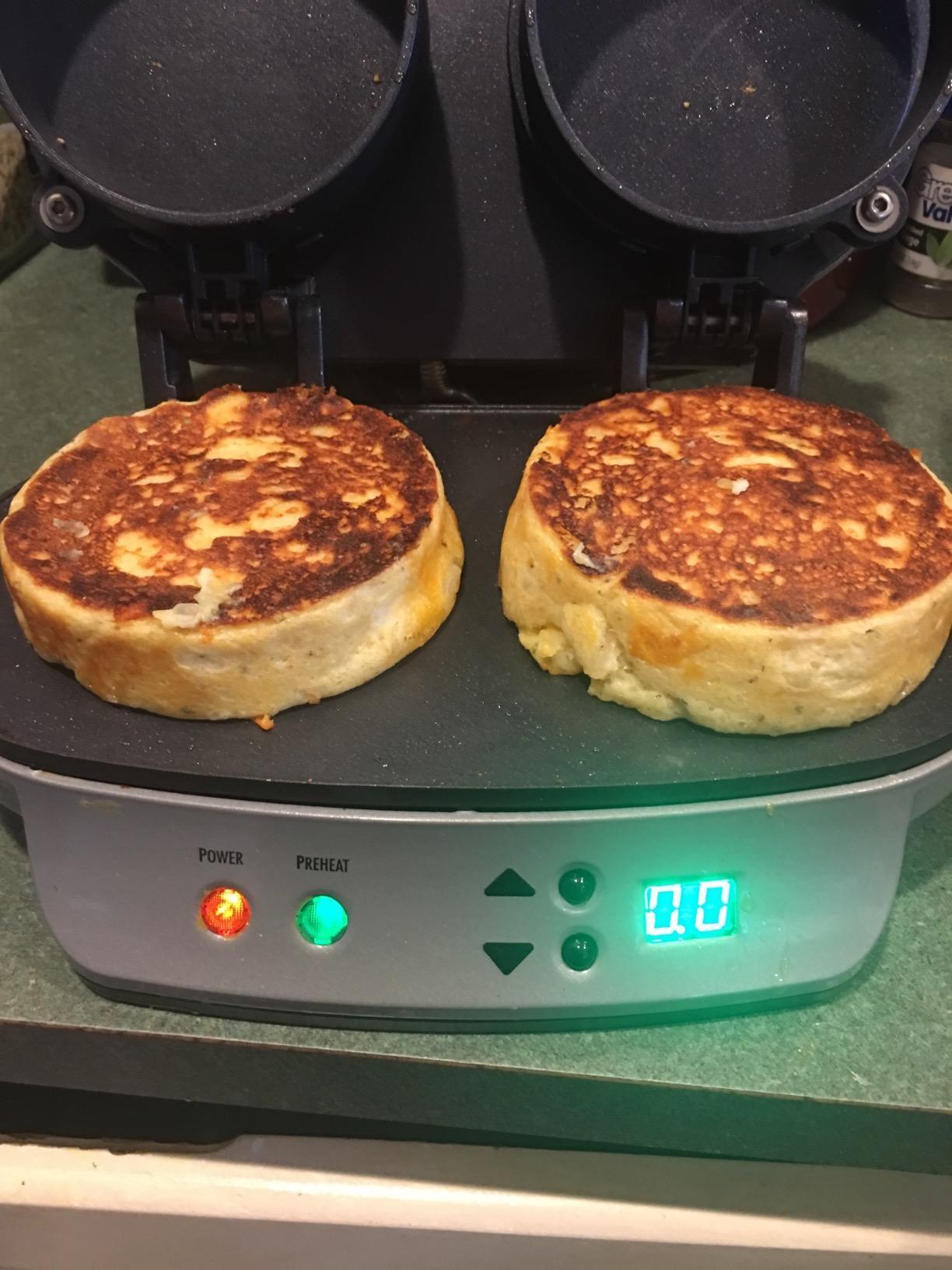 Is this helpful?
K Booth
This is an amazing kitchen gadget that simply works every time.The first one went to college with my son. He used to eat frozen breakfast sandwiches, which were none too healthy. He love this and uses it regularly for a healthier breakfast. The beauty of this device for a college student is it comes apart easily (see photo) and simply wipes clean.After using his several times I received one for my birthday. I've used it for breakfast and lunch.Tip #1: Be sure to spray with a cooking oil at least the first few times you use it. Your egg will stick if you don't do this. It seems to get "seasoned" after a while so that cooking oil is not needed all of the time.Tip #2: Use English muffins. Yes, biscuits will work, but english muffins fit perfectly and honestly seem to taste the best when warmed in this device.Tip #3: Use any leftover meat you have. I've sliced up grilled pork, beef and baked chicken. Ham is especially delicious. 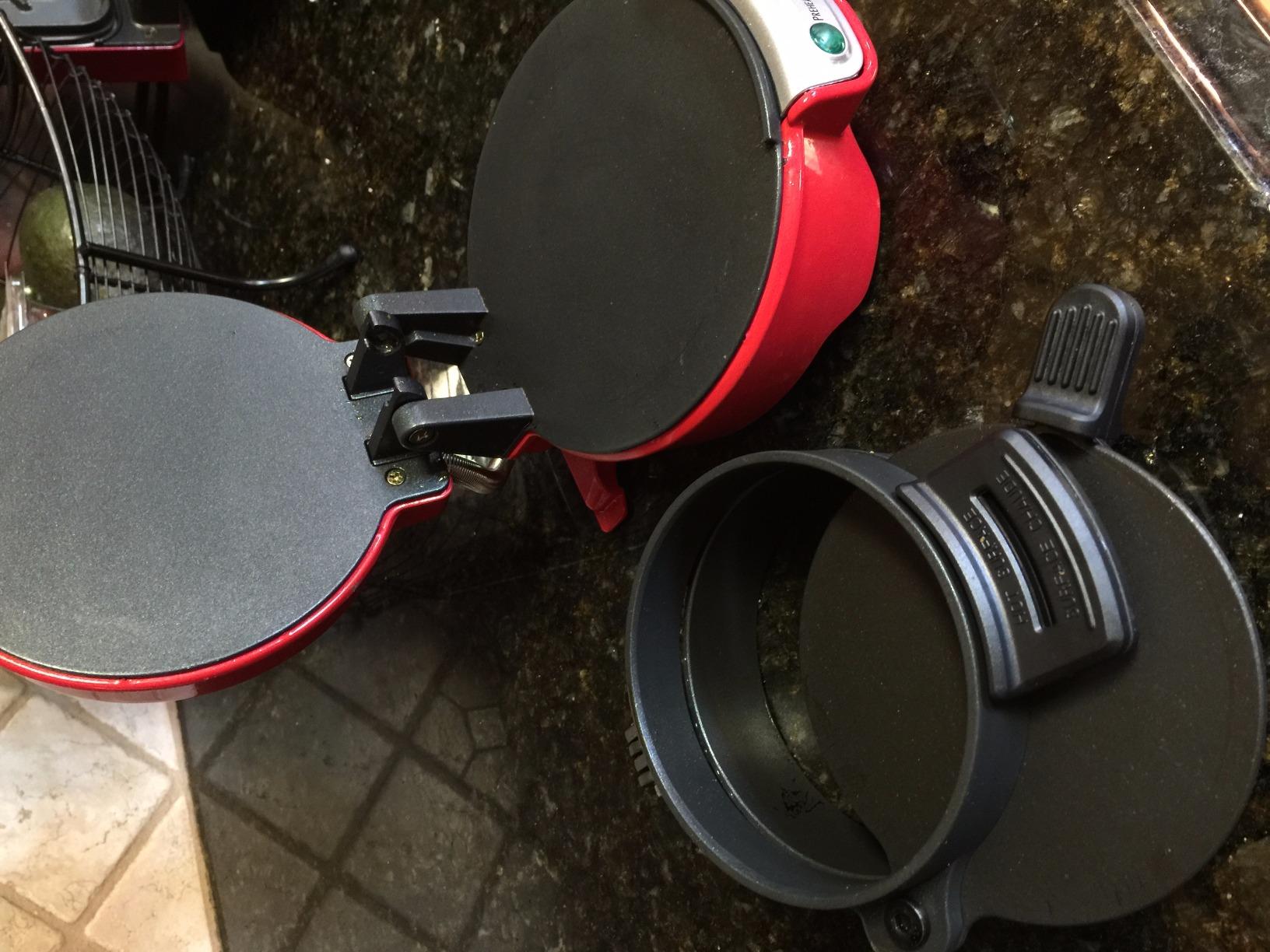 Is this helpful?
JmeEd
Got this for my husband for Christmas. BELIEVE ME... you need this! We make all sorts of things with it, even pizzas! 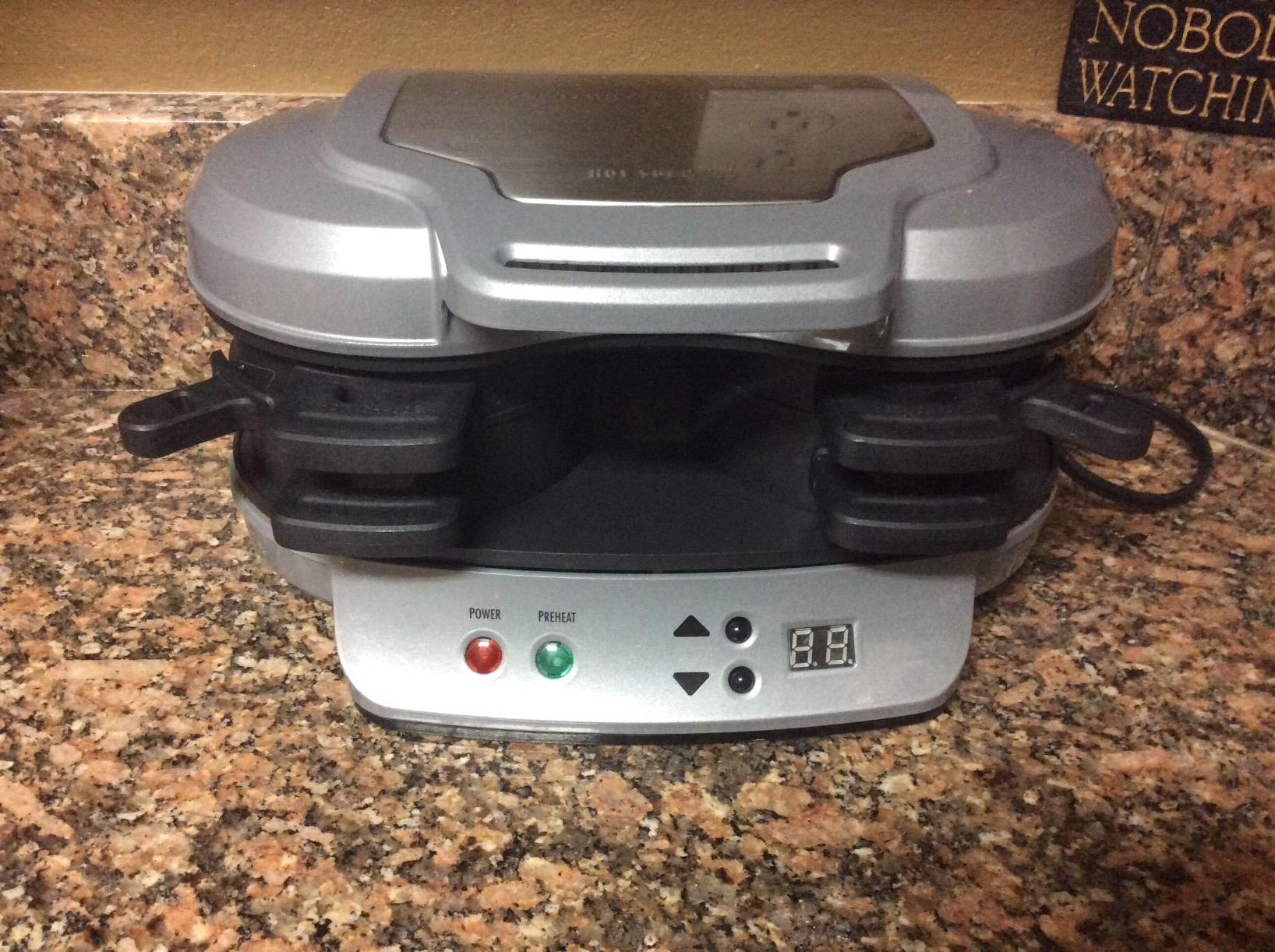