Rate can't be blank.
Name can't be blank.
Email can't be blank.
Content can't be blank.
Thanks for your review! it will be published soon. Thank you! your review was submitted
WrethaOffGrid
I bought this to make my protein smoothies, I needed something large enough to make a full sized smoothie and occasionally make 2 for me and a friend. I needed it to be able to crush ice, easily clean, and I had to be able to run it off my solar system so it couldn't be too high in watts.It has done all these things for me, and it looks nice sitting on my counter top.Cons: the lid is a little tricky, it seems to be "keyed" to the pouring spout, if I push it all the way down until it snaps in place, it was very difficult to remove, I just don't snap it down anymore, I place it loosely on top and hold it with my hand, it's not an issue for me.
Is this helpful?
J. Bush
I bought this specifically to make smoothies. I found a fantastic recipe involving strawberries, heavy cream, milk, vanilla extract, vanilla yogurt and it's magic. I'd never owned a blender before other than a personal ninja given as a gift that I used once that couldn't even mash up frozen blue berry much less ice and I got rid of it quickly. This had great reviews, was very inexpensive, and the glass top is heavy duty and the lid and pour spout is awesome. It chops ice and frozen strawberries easily, I can do either the milk shake setting the whole time or pulse the ice chop setting. Literally done in less than a minute total. Easy to clean, hope it lasts a long time. I'm taking it with me on vacation to the beach where smoothies have become ridiculously over priced, bland, overly concerned with being low calorie and awful flavor. Who knows, people might start paying me for my smoothies.
Is this helpful?
W. Eaves
If you're looking to get your wife or girlfriend drunk, for either some play time or just some peace and quiet while she sleeps it off, I highly recommend this blender and a pina colada recipe. Don't get fancy. Just a mix, some coconut rum and ice should do it. Its easy pour lid will allow you to keep topping her off without her noticing. Take advantage of the summer with this handy gadget.
Is this helpful?
Tobrid
Every morning, I put greek yogurt, a cup of frozen berries, half a frozen banana, a cup of frozen kale, a spoon of chia seeds, couple spoons of ground flaxseed, a handful of raw almonds, and a couple cups of almond milk in my blender. It doesn't even stutter - just chops it all up into a smoothie I can drink through a straw. Has never given me any trouble or failed to blend perfectly smoothly. Love this thing... especially for the price.Edited to add: I've seen a lot of people complaining that it doesn't blend all the ingredients, gets stuck, requires stirring, etc. I've found that when this happens to me, it's usually because I didn't add enough liquid to compensate for the solid ingredients. I just pop the top and pour in a little more - water, milk, whatever - and it solves the problem right away. This isn't the blender's fault; it's operator error.
Is this helpful?
Stella Oh
I was a little bit concerned about buying it after I read a lot of reviews about this blender.The price is too cheap, and I was worried about the quality of blender.But unlike my concerns, this blender is really great! It works great, sturdy, strong and easy to clean! :)I really like my new blender! So glad I didn't spend 100 bucks for one blender! 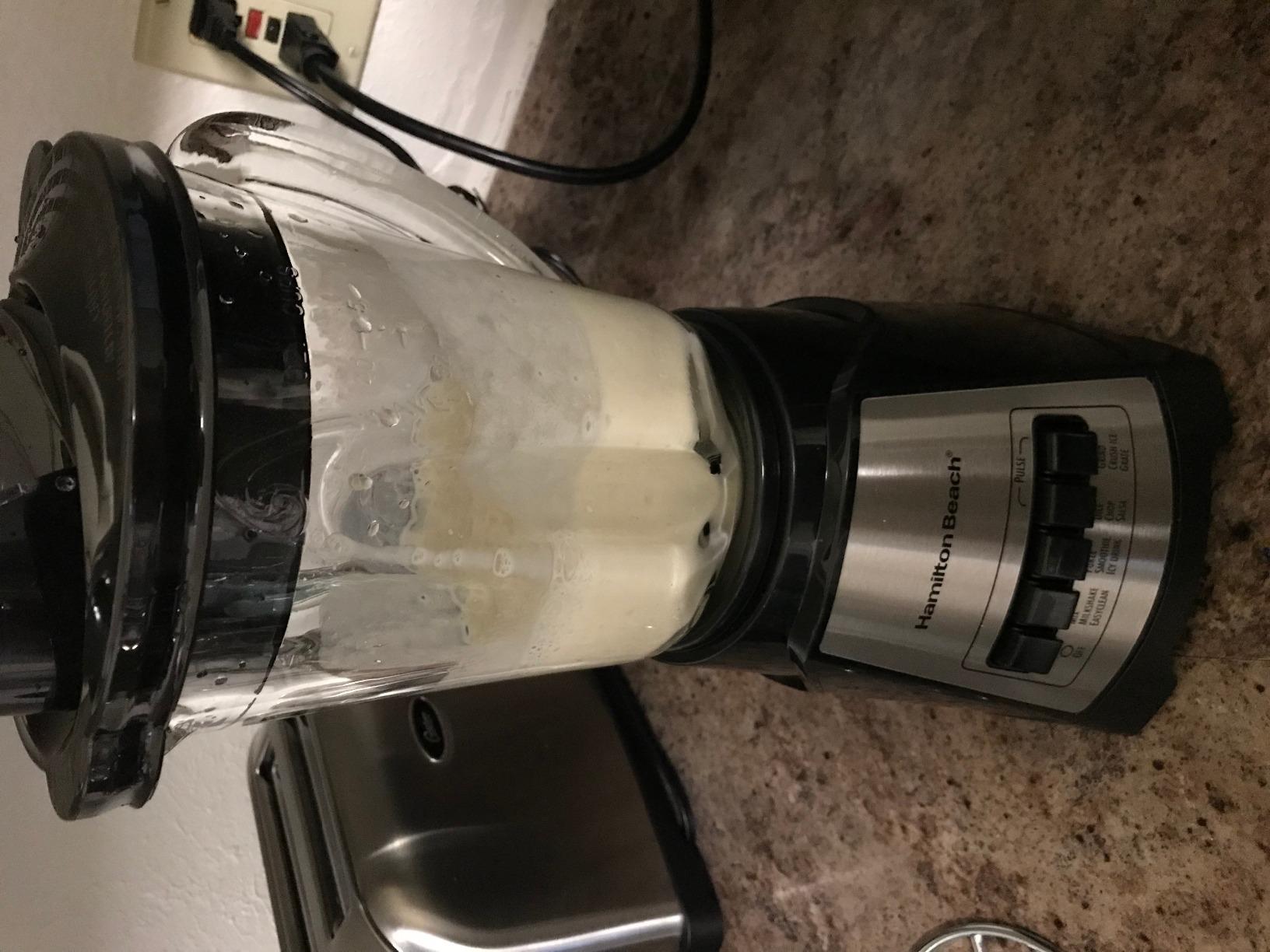 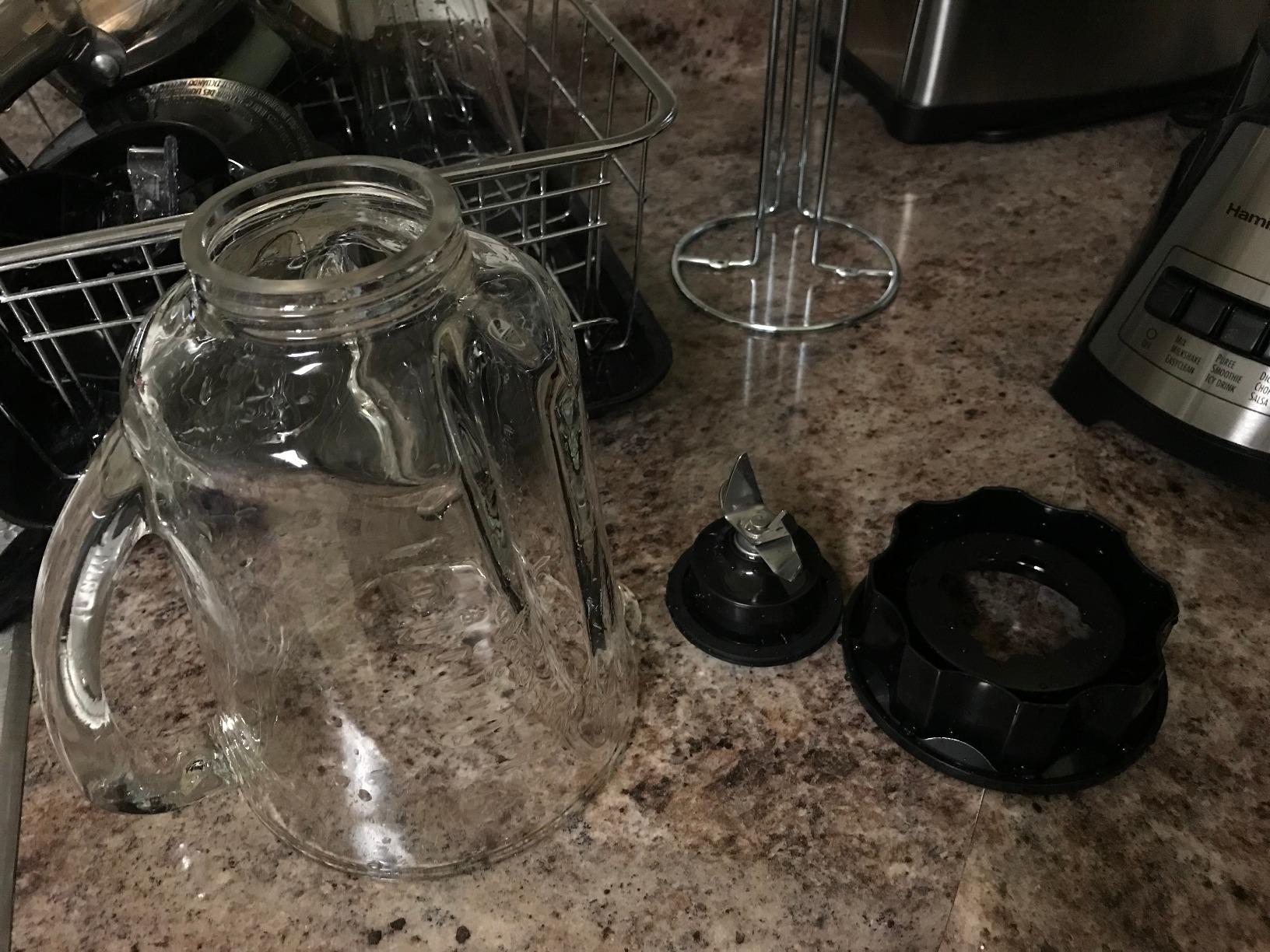 Is this helpful?
reesah mouse
I have used four of these blenders. A couple of years ago, my blender broke so my daughter bought one of these for us to use. It worked so well that I purchased a second one for myself. My son wanted a blender for Christmas, so I purchased one of these for him also (the one with the chopper). Recently, I bought another one because, sadly, I broke the glass jar. I was washing it in the sink and it slipped out of my hands.I also have a Blend-Tec Designer 725. While I can't say that this blender has the same power, it will actually blend my smoothies. more easily than the Blend-Tec. The Blend-Tec will blend and pulverize something like kale, whereas this won't (there will be tiny bits of green), but this will blend with less liquid and less trouble (less having to stop and add more liquid, less having to stop and help it along with a spatula).I think this is a great blender for the price, especially since it has a glass jar, so if you need to blend soups or something else warm, this works well for that. It also works great for smoothies.This said, the first one we bought was loud, but not that loud. The others I've purchased since are definitely louder. I've never had a problem with the motor, though.
Is this helpful?