Thanks for your review! it will be published soon. Thank you! your review was submitted
J. Hill
The first time I tried this I was filled with buyer's remorse. It stalled every few inches, barely threw the snow, and was taking longer than a shovel. Then I figured out the trick - quit being so delicate with it! If you go at a decent clip this thing will more than keep up. It throws the snow a few feet and can handle more than I expected. It's so light it's actually fun to use. I have a pretty good-sized driveway (3-car garage) and a long sidewalk and have no problem getting it all done on one charge. It's a little embarrassing when manly neighbors drive by in big trucks and see this little plow but the joke's on them.
Is this helpful?
Bernie
Update 2/8/17: First snow of the season in NJ and it worked great. Was light snow on top of some we snow. Snow chute clogged a couple of times but I was pushing the unit hard. Was able to clear my walks and driveway in no time and even did my neighbors on either side all on one charge and with one bar left of charge. Still worth every penny.It assembled with no trouble. Night one of Snowmageddon ...It assembled with no trouble. Night one of Snowmageddon 2016 NJ and I did mine and 3 neighbors. It didn't flinch. We will see tomorrow how it does when I get up but so far it's made this disabled guys life so much easier.Update: next morning 15 plus inches. No this was not designed for this deep of snow but with 2 passes it did a great job. Did everything I needed ( walkway, driveway and car) and still had one bar left on the battery.GF used it to clear out some of the deck. Was easy and light enough for her. I just saw someone leave a 1 star review, I don't know how this works so well.Last pic is the deepest I hit with it over 2 ft of drift. The picture shows it got thru it.Update 1/24/16 This saved us so much headache and backache. Did the final pass today after another few inches last night came down. Worked like a champ.Update 2/1/16 So another advantage over gas is this is light enough we decided to store it in the basement. Can't do that with a gas one. 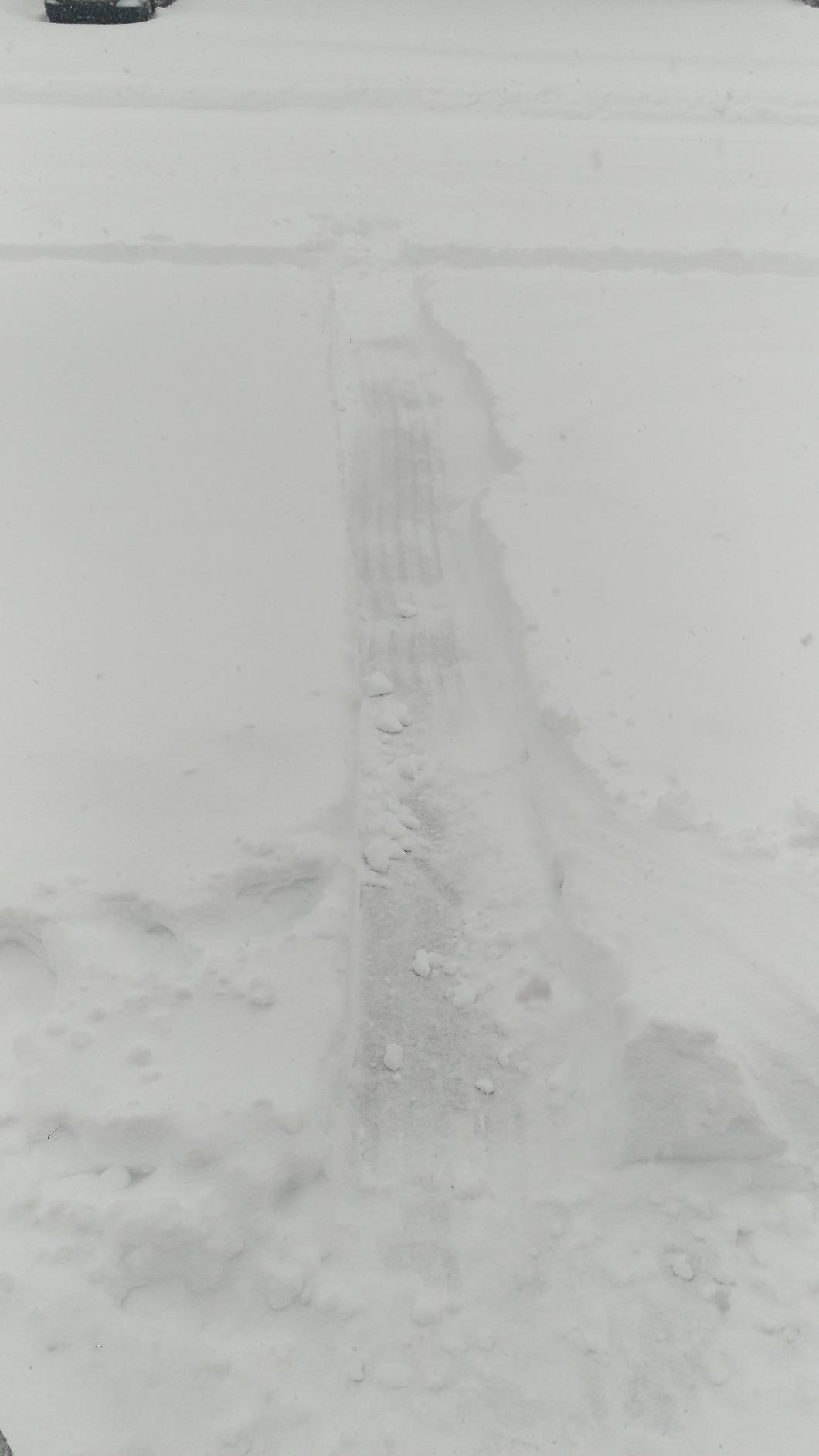 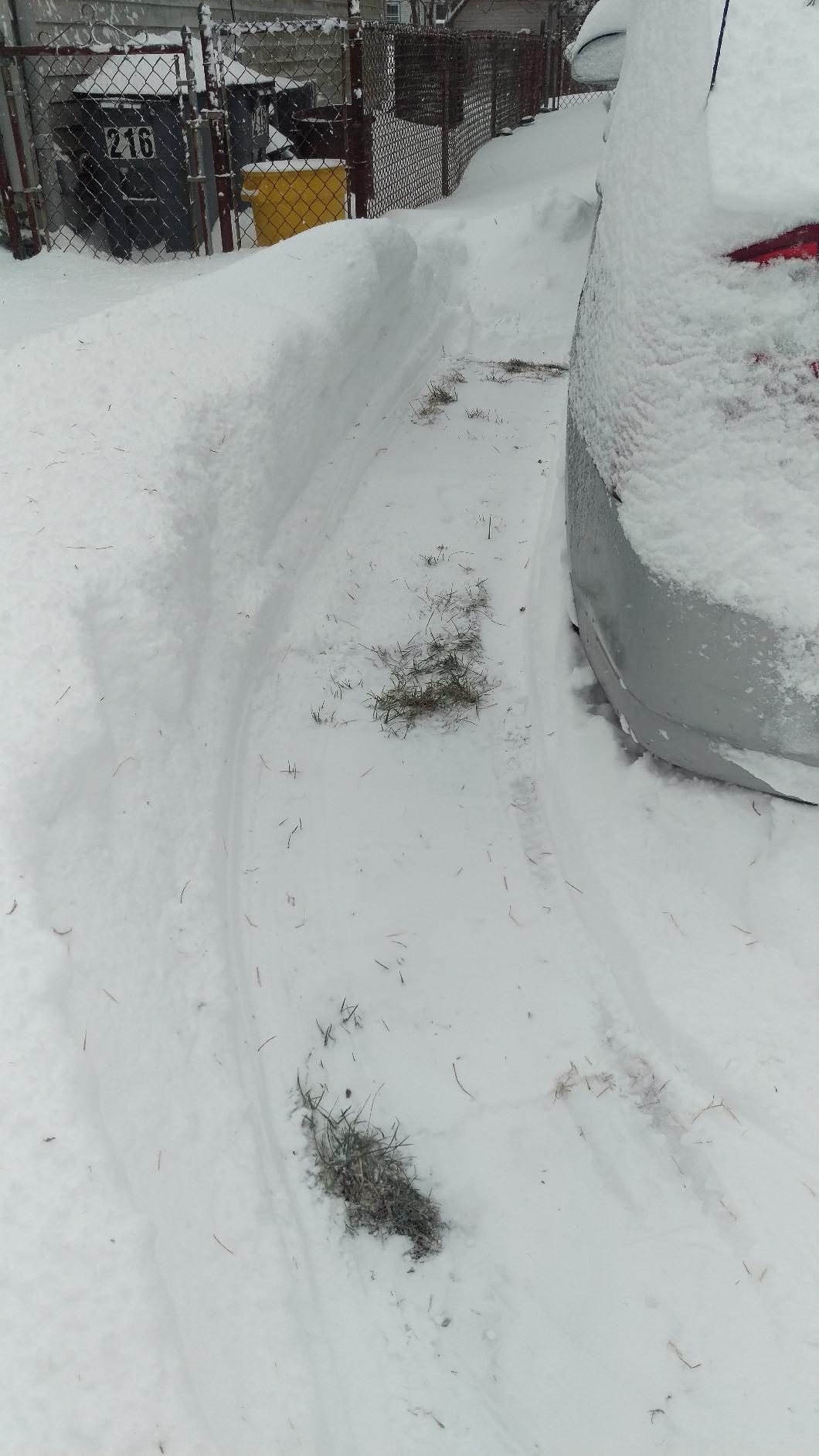 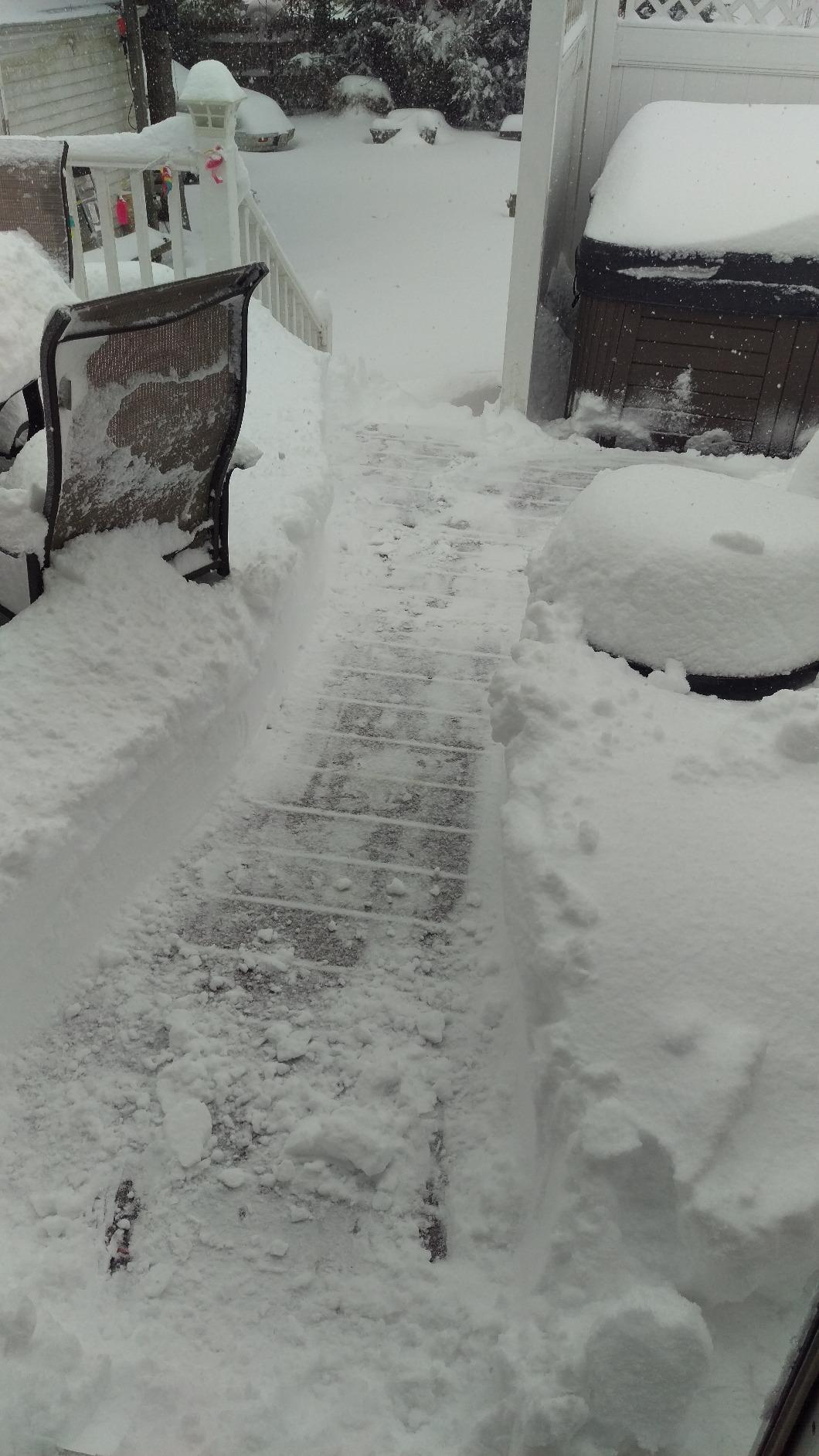 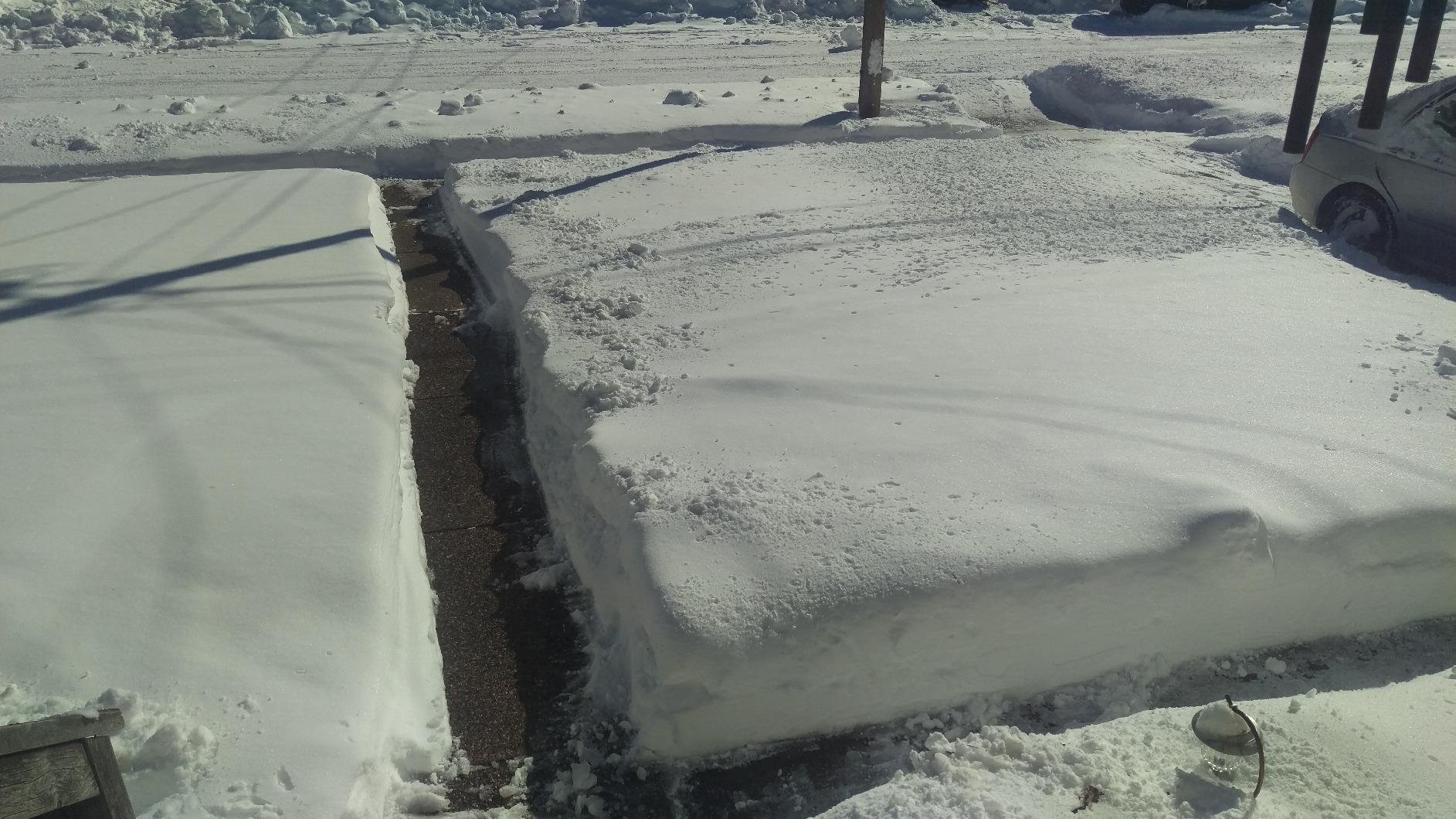 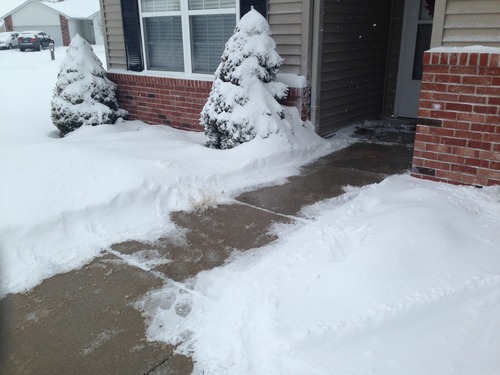 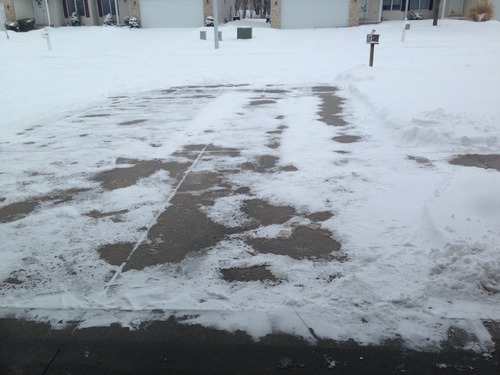 Is this helpful?
Gregory Wiley
This is my 4th snowblower in 20 years. I've given 2 to my kids and I have an Ariens 2 stage that since I moved away from the Lake Michigan Lakeshore it's just more than I need. I'm impressed with the initial quality of the Snow Joe out of the box. I selected the Snow Joe because of the auger. Seemed more durable than the plastic used by the competition. Will update as I use through this winter. It is quiet, about the same noise level as a vacuum cleaner.Update: Was not expecting to update this soon. We got 2 1/2" to 3" of wet snow last night. Did a decent job. Threw the wet stuff 3' to 5', even my Ariens 2 stage doesn't like wet snow. As other reviews, you have to move rather quickly, or it will bog down. Still impressed. :-)Update Jan. 2nd 2018- Have gone through many types of snow now including 8" powder. The harder it works, the faster it depletes the battery. The only thing I think I would have done differently is bought the hybrid for the extra few bucks, just for the option of going corded, although I have not needed. The battery has been fine for the small area I do. The Sno Joe works about as well as any gas powered single stage snowblower. My favorite part is just putting in the battery, pressing a button and it goes. In the end you will have to decide what type of snow do you get most often where you live and the amount of area you need to clear. If I still lived on the lake shore with the heavy wet lake effect snow we were getting in recent years, I would have not purchased this, but is perfect for where I live now. 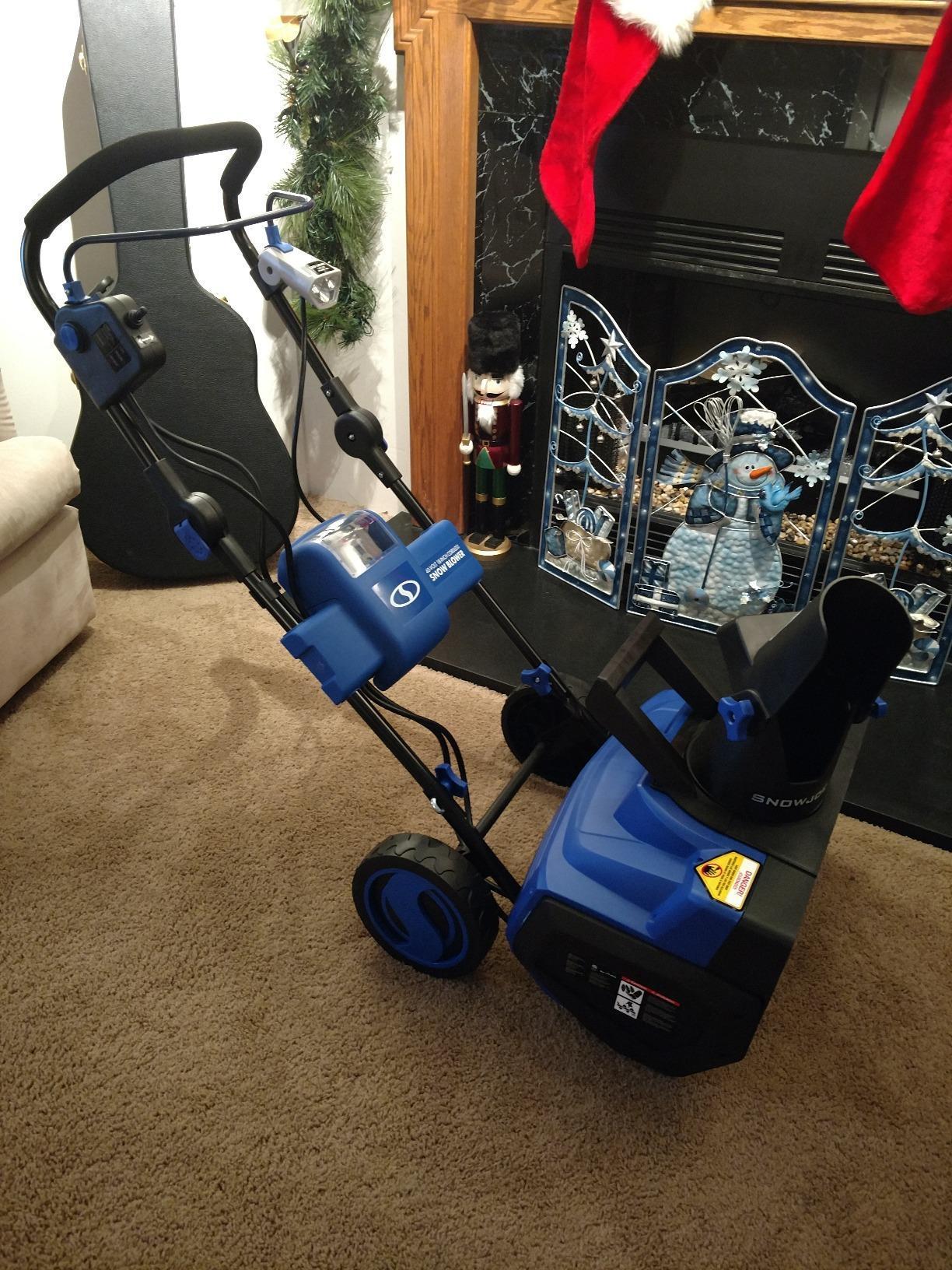 Is this helpful?
William A. Morales
I bought this snow blower after the huge mega storm we had in DC in 2016. Then it did not snow for three years!!!!! We finally got a decent storm in Jan 2019 so after almost 3 years I can finally give this a review. It worked great! We had about 8 inches but it was wet so it was a little heavy. Yet it blew the snow perfectly well. It would throw it about 4 to 10 feet depending on how wet it was. I have to say that this exceeded my expectation. I helped out by first spraying several coats of lubricant spray for snow blowers. The battery lasted about 35 minutes but in that time, I did quite a bit. I live in a townhouse so we have to shovel the sidewalks. I did mine and several neighbors because it was so easy. In terms of area, I did 750 linear feet, 3 feet wide. Plus I still had more left over to go between several cars. That's well over 2,200 square feet which is more than a typical driveway. The chute rotated perfectly with no problems. The battery doesn't drag near the end. You have full power until it dies. Then you can recharge fully in about 3 hours. It's only about 30 pounds so it's easy to carry. I actually store it folded up in a downstairs utility closet. This is much better than gasoline because I never have to worry about maintenance, gasoline going bad, or whether it will start up in the cold. Its also better than electric because I'm sure the extension cord will get really stiff in the cold and it will get in the way as you're trying to maneuver the blower. I thought this thing was awesome.
Is this helpful?